What is D&O Insurance?

Directors and Officers Insurance covers a company’s executive from personal liability. Whilst a company is a separate legal entity that can be sued, there are instances where a director will be personally liable, including:

When a director has breached any duties mentioned above, an action against a director or directors may be brought by:

As such, directors are exposed to personal liability, including having to pay:

It is important to note that these liabilities extend past resignation or when the company becomes deregistered.

Why it is important

D&O insurance is vital to both the director and the company. Being the ‘mind’ of the corporation comes with significant responsibilities, including strategic decisions of the company and ensuring that the company meets its statutory obligations. As such, the increased pressure of personal liability may detract from a directors ability to make crucial decisions, therefore hampering the company’s growth. D&O insurance is also essential to the individual directors, as they can make decisions without the pressure of personal liability, especially if they are serving on multiple boards.

D&O insurance usually covers liability to the extent that the law permits it. A Deed of Indemnity is good at reducing risks incurred; insurance will transfer the liabilities onto the insurer. Insurers will generally cover personal liabilities and associated costs arising from a breach of duty or failure to meet an obligation mentioned above. However, it is essential to take into consideration the following:

Exclusions will vary from insurer to insurer. However, general exclusions include:

Failing to get D&O insurance has several implications, as mentioned above. For the company, failure to provide comprehensive D&O insurance will have two primary consequences.

Firstly, if a company fails to provide a comprehensive D&O insurance policy, it may not attract high-quality talent to their board or other management positions. Secondly, existing board members may have a low-risk appetite, therefore electing not to pursue commercially more profitable endeavours due to their liabilities.

Secondly, failure to obtain adequate D&O insurance may result in the individual being personally liable for any of their actions.

Although appealed on unrelated grounds, Hall v Poolmann provides an example of the risks of being an uninsured director. Liquidators brought proceedings against Mr Irving, a director, who was accused of trading whilst insolvent. The judge, in this instance, stated that the court would not concern itself with whether the director was insured. As a result, the director would have been personally liable for the damages sought by the liquidators.

Jayfer is a paralegal with OpenLegal. His legal areas of focus include conveyancing, intellectual property, and commercial litigation. Jayfer is also passionate about podcasts in the legal space.

View all posts by Jayfer Joy

How Does The Madrid Protocol Work?

What is a Share Buyback and How Do They Work? 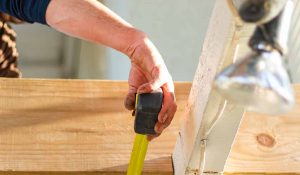 How does a Master Builders Association HIC6 Contract work?

How does the Contractors Debt Act work?