What Are Boilerplate Clauses?

If someone is talking about boilerplate clauses, they are referring to the general or standard clauses of a contract. These clauses are deemed “boilerplate clauses” because they are included in the majority of contracts in Australia. Most boilerplate clauses do not need to be heavily negotiated as they provide certainty on matters and are useful in interpreting the contract if a dispute arises.

Why are they Important?

Below is a non-exhaustive list of boilerplate clauses that are commonly included in most standard form contracts.

This clause allows parties to identify what laws will govern the contract. This is an important consideration as the law is applied differently in each country. This clause is directly related to the jurisdiction clause and should be read and included together.

When a clause in the contract is found to be invliad or void, this clause will allow parties to sever the clause without rendering the entire contract void. There may however, be cases where the severed clause is central to the commercial agreement, and this may cause further issues. Because of this, a severability clause may not be suitable for all contracts.

This clause is used to outline the grounds for when a party can terminate or amend a contract if a party is unable to fulfil their contractual obligations due to an unforeseen event they cannot control.

An entire agreement clause establishes that the agreement made between the contracting parties is contained within the contract only, and that any prior dealings or agreements are superseded.

This clause provides clear rules that should be applied when interpreting the contract e.g. whether headings in the contract can be interpreted.

When parties are unable to sign a contract together, this clause enables parties to sign a separate version of the original contract (the separate contracts will be taken as a complete document thereafter). Parties must ensure they receive an actual copy of the entire contract to avoid any disputes regarding the enforceability or validity of the contract.

The clause will usually cover two aspects of notice:

By including this clause, parties recognise that their rights can only be waived explicitly. This will help the courts interpret the rights of parties during a dispute.

Boilerplate clauses are important as they outline how a contract is managed and administered, especially in terms of amendments, interpretation and dispute resolution.

Although they are standard form clauses that are included into most contracts, not all boilerplate clauses may be relevant to an agreement so it is important to assess the applicability of the clauses before deciding if they should be included in your contract or not.

Alex is a fifth-year student studying a Bachelor of Laws and a Bachelor of Communication (Digital Social Media). He has been working in the not-for-profit sector for 3+ years, as well as spending 3+ years in customer experience and B2C sales. Alex is motivated about making the law more accessible to individuals and businesses so that they are able to achieve their goals.

View all posts by Alex Oum

How Do Restraint of Trade Clauses Work? 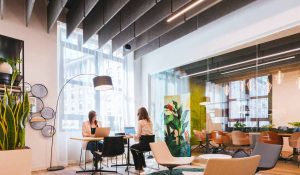 How Do Non-Compete Clauses Work?

What do liquidated damages clauses in construction…