How Do Non-Compete Clauses Work?

A non-compete clause, also known as a restraint of trade clause, is a clause which protects businesses from having a party compete or work against them. Such a clause exists to prevent unfair competition from occurring. Upon the inclusion of this clause, the use of both confidential and general information that could be used against a business that a party is no longer in a contractual agreement with is prohibited. Non-compete clauses are found in a majority of business contracts, including:

Types of Restricted or Competitive Activities

The restraints covered by a non compete clause can be categorised into three main categories:

Eg. A seller cannot open a business or work for one in the same industry or location within a particular time frame

Eg. The seller cannot approach individuals such as employees, clients or suppliers

Non-compete clauses are only enforced in Australia if they are seen to be reasonably necessary to protect the goodwill of the business that benefits from this clause. It is the responsibility of the party looking to enforce the non-compete to prove that the non-compete protects a genuine interest that can be valued.

When it comes to considering what is reasonable and as a result enforceable, the court considers key factors which include:

Eg. This can be a few years, few months, weeks

Application of the Non-compete Clause

A non compete clause is a vital provision for a contract as it helps businesses preserve the goodwill of their business. Upon drafting a non compete clause, it is important that the clause is drafted to be as reasonable as possible. This is because a court will look to balance the interests of the party enforcing the non compete alongside with the restrictions, leading to a potential severance of parts which are considered unreasonable by the courts.

How Does The Madrid Protocol Work?

How Do Influencer Contracts Work? 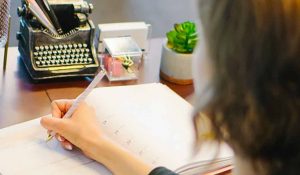